Companies undergo restructuring to make significant changes to both operational and financial business structures and processes. This is usually done in response to financial triggers.

Restructuring involves making major changes to company operations, debt, and organizational hierarchy. The goal is to reduce fiscal harm and improve the ability of the business to function successfully.

Restructuring as a debt management tool is undertaken as a way to change the terms of debt, consolidate it, or create improved means to pay off lenders or bondholders. In the context of restructuring, that could be achieved by reducing payroll, eliminating product lines, reducing services, or selling off assets. 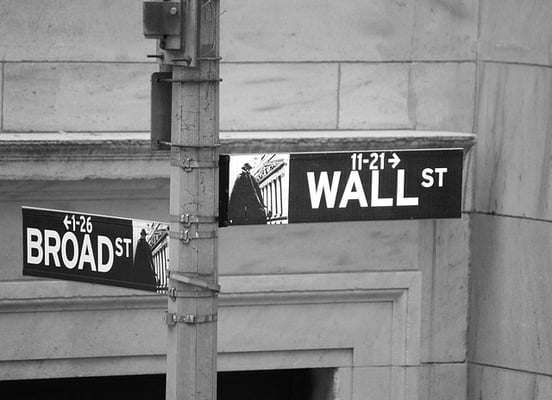 In 2017, the Wall Street Journal announced a reorganization to shift from print to digital.

Why do companies engage in organizational restructuring?

There are several reasons that businesses engage in the restructuring process to adjust the corporate chain of command. Some of the most common are:

Additionally, companies will undergo restructuring to create a leaner, more efficient operation that makes the company more attractive to potential buyers. Restructuring may also be done in anticipation of a pending merger. This will ensure that there aren’t redundant roles or processes after the merger is complete.

Restructuring is sometimes undertaken in response to a catastrophic event. For example, suppose that a company invests a significant amount of capital into a new product or service. The new idea turns out to be a failure, and the business is now unable to pay debts or make payroll.

In this case, restructuring involves reaching agreements with shareholders and creditors to fulfill obligations by restructuring them, filing bankruptcy, or issuing equity. However, it’s important to note that corporate restructuring allows a business to remain in operation while other options may lead to entire liquidation.

This is a restructuring process that reduces the scope of a business by removing one or more divisions, locations, or subsidiaries.

There are several reasons for divestitures. One of the more common is antitrust legislation. This led to one of the most well-known corporate divestments in history — when AT&T divested its local phone service division.

This type of restructuring involves an organization joining with another, acquiring another, or being acquired. For example, a rental insurance provider named Lemonade recently acquired Metromile, a budget care insurance company.

Legal restructuring makes use of existing laws that allow organizations to alter organizational structures, change business practices, reduce debts, and achieve better payment terms. Six Flags, for example, filed for chapter 11 bankruptcy and went through a restructuring that allowed it to remain operational.

Cost restructuring is done in anticipation of or during times of economic hardship. This includes furloughs, layoffs, and adjusting departmental budgets. Kellogg’s has undergone two cost restructuring moves. 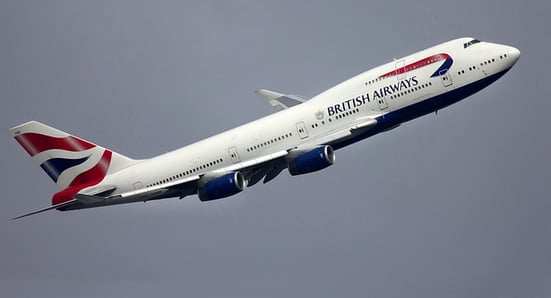 Lord King took over as chairman at British Airways in 1981 and implemented a reorganization to rid the company of costly operational inefficiencies.

When business principals want to change the business model significantly, they will undergo a repositioning form of restructuring.

Starbucks is one standout example of repositioning. The brand initially focused on offering itself as a third alternative for grabbing a cup of coffee (home, work, Starbucks). Now, the company has shifted to a focus on gourmet, upscale coffee drinks and other items.

Any type of organizational restructuring that involves replacing or changing elements such as company culture, business models, organizational structures, or product lines is turnaround restructuring. This is done in response to the realization that these systems no longer align with company goals.

For example, when the owners of a large car dealership realize that cars from a particular manufacturer aren’t selling well, they may decide to drop that product line.

Spin-off is similar to divestment. In this case, strategic parts of the business are spun off and turned into separate business entities.

For example, Madison Square Garden underwent a spin-off restructuring to separate its sports and entertainment divisions. This was done to allow investors to evaluate the two very different elements of the company’s business.

If you consider the details of the various types of corporate restructuring, you will see that they fall within one of two categories. They are organizational restructures designed to either make a business competitive or allow it to change its operations.

Alternatively, the other forms of restructuring are related to finances. These are efforts to allow a business to handle currently unmanageable debts. 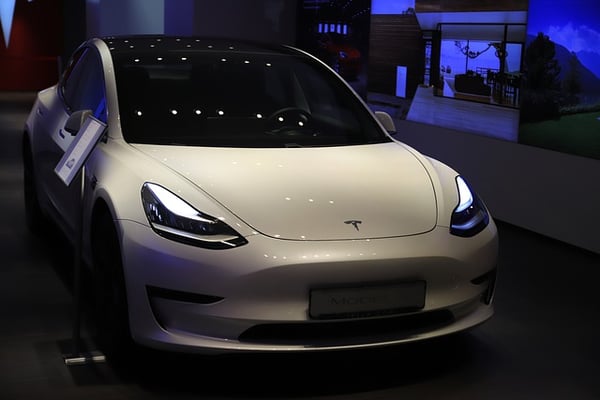 In 2015, Elon Musk announced a restructure at Tesla with a focus on achieving a flatter organization to improve communication between teams.

How often can a company restructure?

When a restructuring involves only internal processes, organizational structure, business model, branding, or product lines, the company can restructure as often as it deems necessary.

However, the restructuring process is exceptionally taxing. It is complicated and takes a long time to execute. This isn’t something most organizations can undertake frequently and remain operational. Also, there may be limits when a restructuring involves filing for bankruptcy or coming to agreements with external debt holders.

In the case of bankruptcy, there is generally a waiting period to file a second time. Additionally, debt holders may agree to debt restructuring only under certain conditions, which could prevent a future restructuring until these obligations are met.

Are layoffs always involved in restructuring?

Corporate restructuring does not have to include layoffs, but furloughs, layoffs, and other moves that impact employment are very common when a company restructures. If your organization undergoes a restructuring, it’s probably safe to assume that layoffs will be part of that.

Is it possible to restructure a department?

If your analysis of your organization reveals that the outcomes you want can be achieved by restructuring a single department or division, that is perfectly acceptable. For example, you may determine that your manufacturing division needs to undergo major changes, but other business areas can be left as they are.

Differences between restructuring and reorganization

Many people use the terms “reorganization” and “restructuring” interchangeably, so it’s important to discern what is meant by the person using the term. However, despite both words often being used in the same way, there are a few things that are important to understand.

First, no legal or formal definition differentiates the two. There are just differences in usage. For example, someone might use “restructuring” to refer to internal operational changes and “reorganization” to refer to a legal process.

The second thing to consider is the important difference in meaning between the words “reconfiguration” and “restructuring.”

The term “reconfiguration” is used to describe making major changes in company resources and activities, while “restructuring” refers to altering business areas without changing the company’s foundational business structure. 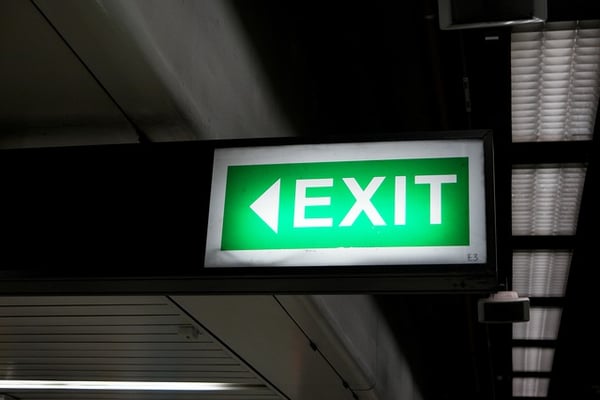 Layoffs and unplanned exits are often an inevitable part of corporate restructures.

There are five key steps to successfully restructuring your company.

1. Create a clear definition of the business strategy

You have to understand the new strategy or have a clear idea of what the pressing problem is. If you don’t, there is no way to define what a successful restructuring looks like or to determine whether you’ve accomplished it.

Identify the business strategy, then use it to set goals and KPIs. This is an important step in determining whether a reorganization is even practical at this point.

If the strategy isn’t yet clear, don’t progress further. Instead, stop and engage in the process of clarifying your goals.

2. Articulate strengths and weaknesses in the current organizational structure

Now that you have a clear strategy and goals, you can begin looking at your organizational structure. What you want to find are failures — areas where the goals of the organization are not being met. It’s also important to recognize areas of success.

One of the most important tools you will use during this step is a detailed organizational chart. If that doesn’t exist, take the time to create one. This will provide you with insights and an overview that you can’t get in any other way.

It’s also imperative to obtain feedback from the people in the business areas that will be impacted by your company or department restructuring.

These workers have first-hand experience and knowledge of the things that aren’t working and the processes that should remain in place. Keep them involved to make the restructuring work better and to boost morale during and after the process.

Just be aware of some potential issues you might encounter while gathering this feedback. Some workers may feel that their honest feedback could be held against them; it’s important to offer ways to leave comments anonymously. Others may fear participating if they feel the reorganization will have negative impacts on their employment.

This is also the time to identify who the stakeholders are. There are aspects of a company restructuring that have impacts that must be considered.

For example, an organization can’t simply ignore existing employment or union contracts just because they are restructuring. Those agreements will need to be renegotiated or the restructuring will have to unfold in a way that honors those obligations.

Finally, conduct a risk/benefit analysis. Consider the advantages of restructuring, but weigh those against the risk. Keep in mind that you may lose staff members who are fearful or frustrated by the changes you make. There’s also the risk that the reorganization simply won’t work.

3. Go over your options and create a new company structure

This will be the most time-consuming part of the process. Take all of the information you have gathered to create a new organizational model. You’ll start with a first draft that will probably change significantly before it is complete.

Consider the best types of organizational structures for meeting your goals. For example, hierarchical or flat. Use organizational chart software to communicate your vision.

4. Create and execute a communication plan

Once your proposal is ready, you will need to communicate it to a range of people. Create a plan to do this effectively. Consider that you will be sharing this information with people who have different levels of organizational understanding and authority.

The final step is to execute your restructuring. Once that occurs, it’s time to watch the results carefully. Let team members adjust to the new structure, collect data, then make changes that are warranted.

Done correctly, corporate restructuring can save a business. It can also prepare a business to take advantage of future growth opportunities. Ensure that your restructuring efforts are successful by starting with a full understanding of your goals, then following the steps to create a new structure that aligns with your objectives.

Many organizations make Functionly a part of their restructure scenario planning process - give it a go today for free.