The day Tim Brewer resigned as CEO We were left to shape Functionly's future!

We are a global team at Functionly – and don’t often get a chance to be physically together in the same room. For this reason, when we do get to be together, we do it with style.

For our global “offsite” (or “onsite” as we call it) we headed down to Australia’s South West – to Yallingup –  to stick our heads together on our current initiatives. 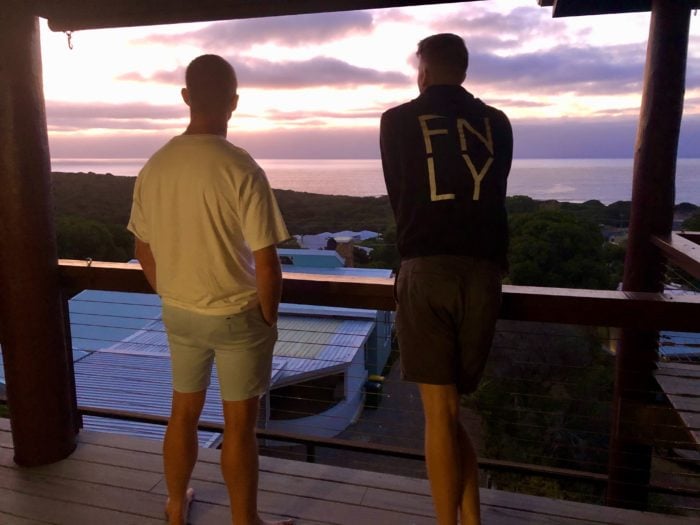 Tim and I contemplating strategy on the balcony

One brisk but sunny morning a bunch of the team headed down to the shore to get a coffee. Our CEO (Tim) and I decided to take a dip in the ocean. Tim is an avid surfer and barely noticed the chilly water, while I tried to adjust. We headed out onto the reef. I’ve known Tim a while now, and he’s a gracious guy, so I felt comfortable to raise some challenges I’d been having and some ideas I had for improvement.

I had my own wants and desires that affected me in engineering, but of course I had a limited view and try as I might, I was not necessarily taking into account all the other concerns in the other areas of our business.

He heard what I was saying, and it seemed to spur an idea in him.

"I'm gonna quit, you guys are the CEO's now"

“That sounds great,” I said. And before I could ask him what his plan was for running such an exercise he said, “You can run it.”

I loved running the quiz for the team to get to know each other better, but I had to think quick about how to run a session where we all had to "take the reigns". 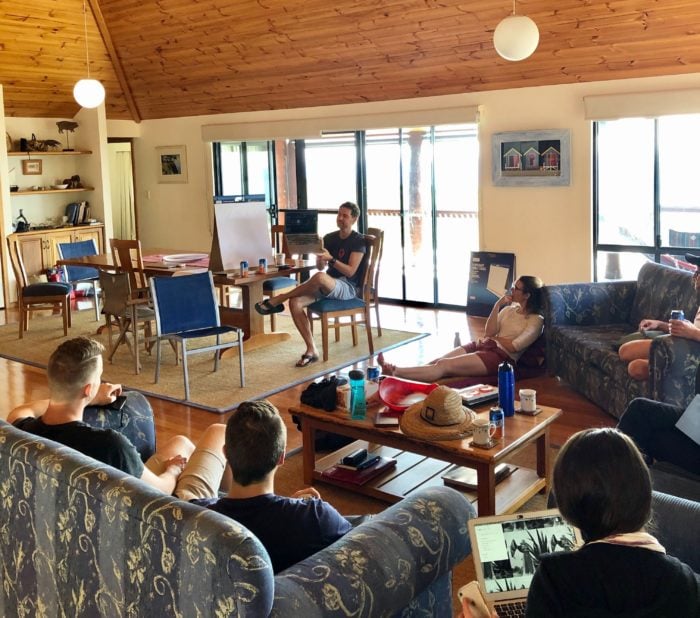 The team getting briefed before the game

A session was already planned for the day to talk the team through our three main areas of focus for the business for the next 12 months - based around three main streams of a startup – Product/Market Fit, Business Model Fit and Go to Market Strategy.  Perfect, we all had the full context outside of our own teams of what is going on and fully equipped to take the reigns when Tim quit later that night.

I then gave the team a few hours (while some team members made dinner) to come up with their CEO pitch ideas. All they had were markers and a large piece of sketch paper. The only rule: No shrinking team size (focusing on utilising the people we have) everything else was fair game.

CEO for a day

We sat in couches and chairs late that night after dinner and each donned the CEO hat (in this case we also had a top hat). We each struck a pose while the timer was set, then we had three minutes to present. 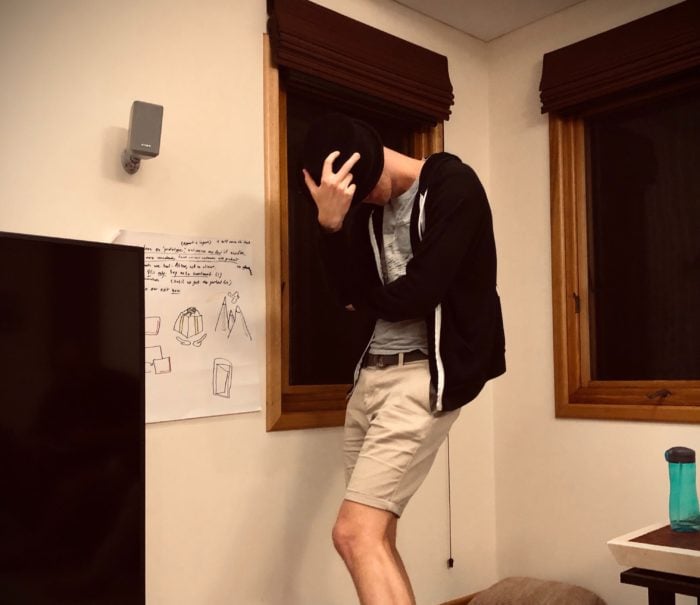 Me posing before my own CEO pitch

I was expecting very different strategies completely focused on each team member’s areas of expertise. But what we ended up with was a set of presentations that, while very different in style and execution, were surprisingly similar when you looked at the heart of what was being said. The biggest theme throughout?

Going all in on big bets, focusing our winning moves.

So what happened next? After the “fun” game, did our CEO put us back on track to business as usual?

No, Tim went away with his co-founder, Damian, and came up with a plan, taking what they had learned about the team from the exercise and coming up with a bold new plan for the next quarter.

It was a little scary and difficult at first to accelerate our plan for the year, drop a lot of what we were working on part way and focus on something we thought was still months away. But I have to confess, I did suggest it in my own pitch! So I had only my CEO-self to blame.

I asked Tim to let me know what he'd learnt.

What was the biggest thing you learnt from the exercise?

Tim: “Damian and I were taken aback after the half day effort to update the team just how well the team understood and could identify the winning moves that we had in front of us. But opening the door for them to provide feedback it also gave us confidence that where a call had to be made to shelve or pause a project that was not a priority - when you have the person that pitching that it should be shelved and all the energy go to another game making move that's powerful.”

What surprised you the most?

Tim: “How seriously everyone took the exercise. I know that it was just for a day but honestly I felt like each team member was taking on the role as if it was 100% real.”

What would you advise another CEO before they run this exercise?

Tim: “Be clear on the goal, boundary (growth not cost cutting), be open as you can with all information, time frame (a day as CEO), form as a pitch and outcome - me and Damian went a way and shared what we learned and what we will bring into our organisational priorities.”

Back to everyday life

As I write this I’m sitting in my home office, and I’m no longer the CEO. Tim is back running the company (phew!). We’ve gone all in and focused and I couldn’t be happier.

The result of the exercise for me? I feel I have more appreciation for the trade-offs that have to be made between the different areas of business and empathy for how the rest of the team sees our best path forward.

I’m so glad Tim put forward the exercise. We at Functionly learnt a lot and had a blast, too. 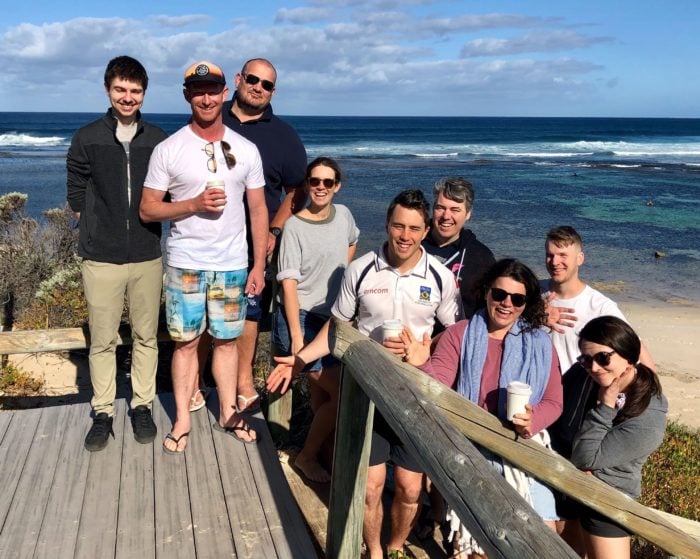 The Functionly Team happy at the end of the onsite