We all know that the positions (i.e. job titles) people have don't always reflect their work in an organization, so we need a way to show this in an org chart.

A position in Functionly is an employee's official job title. An employee will only ever have one position at a time, but will likely have a couple of key roles associated with their job title, as well as numerous responsibilities that comprise their day-to-day work. 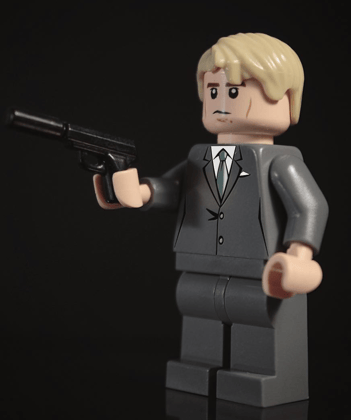 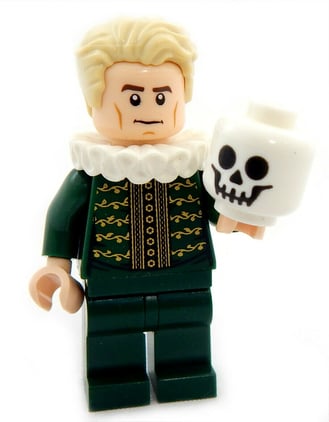 Images by legolunatic via Instagram and The Minifig Club

If we think of positions, roles, accountabilities, and responsibilities in terms of the movie business, then someone like Daniel Craig's position title will be "actor" and in this position, he plays a variety of roles. One minute he might be playing the role of Hamlet, then the head of the studio asks him to play James Bond, in a classic CEO move.

007 and Hamlet ultimately have very different objectives which means the work they're responsible for is very different. Hamlet's main responsibility will likely be "take back my kingdom"; 007's will undoubtedly be "save the planet." Being able to separate these responsibilities into their individual roles gives us a clearer picture of the work our actor does within the organization.

Accountabilities are the work that gets done by someone's overall position, so for Daniel Craig's position as an actor he will have an accountability to "rehearse" or "act".

Meanwhile in the real world 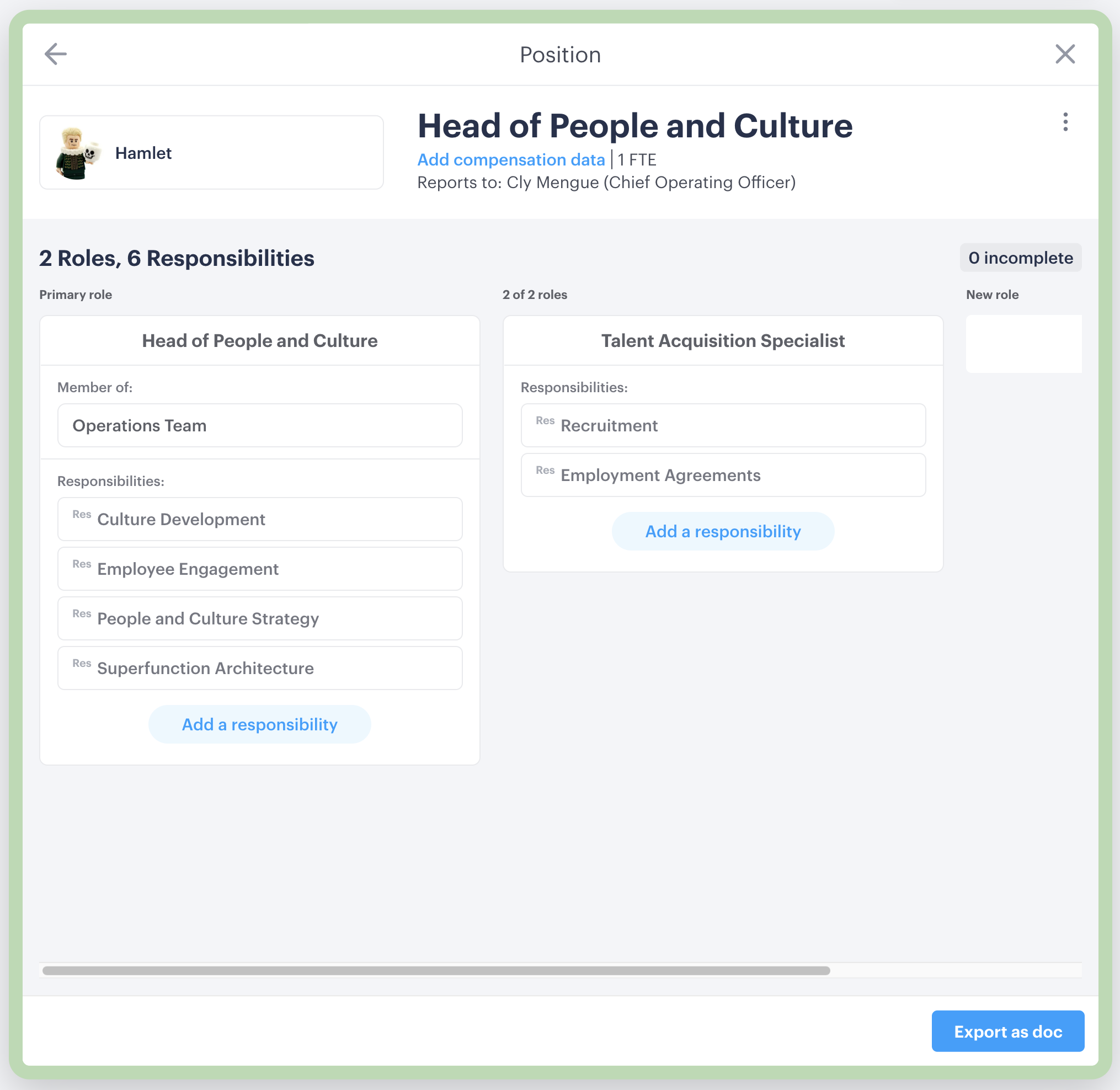 Bringing this back to your organization, someone's position title might be "Head of People and Culture". Primarily this is their role, however, they may come from a recruitment background and still perform the responsibilities expected of a "Talent Acquisition Specialist".

Their responsibilities in these two distinct roles will be different; for Head of P&C, they'll be responsible for the People and Culture strategy within the org, and as a Talent Acquisition Specialist, they will have the tactical responsibility of "Recruitment".

What's the difference between accountabilities and responsibilities?

When someone has a responsibility applied to their role it's describing actual work they have to complete themselves, whereas an accountability is work that a manager or team is accountable for but that they probably won't be completing themselves. 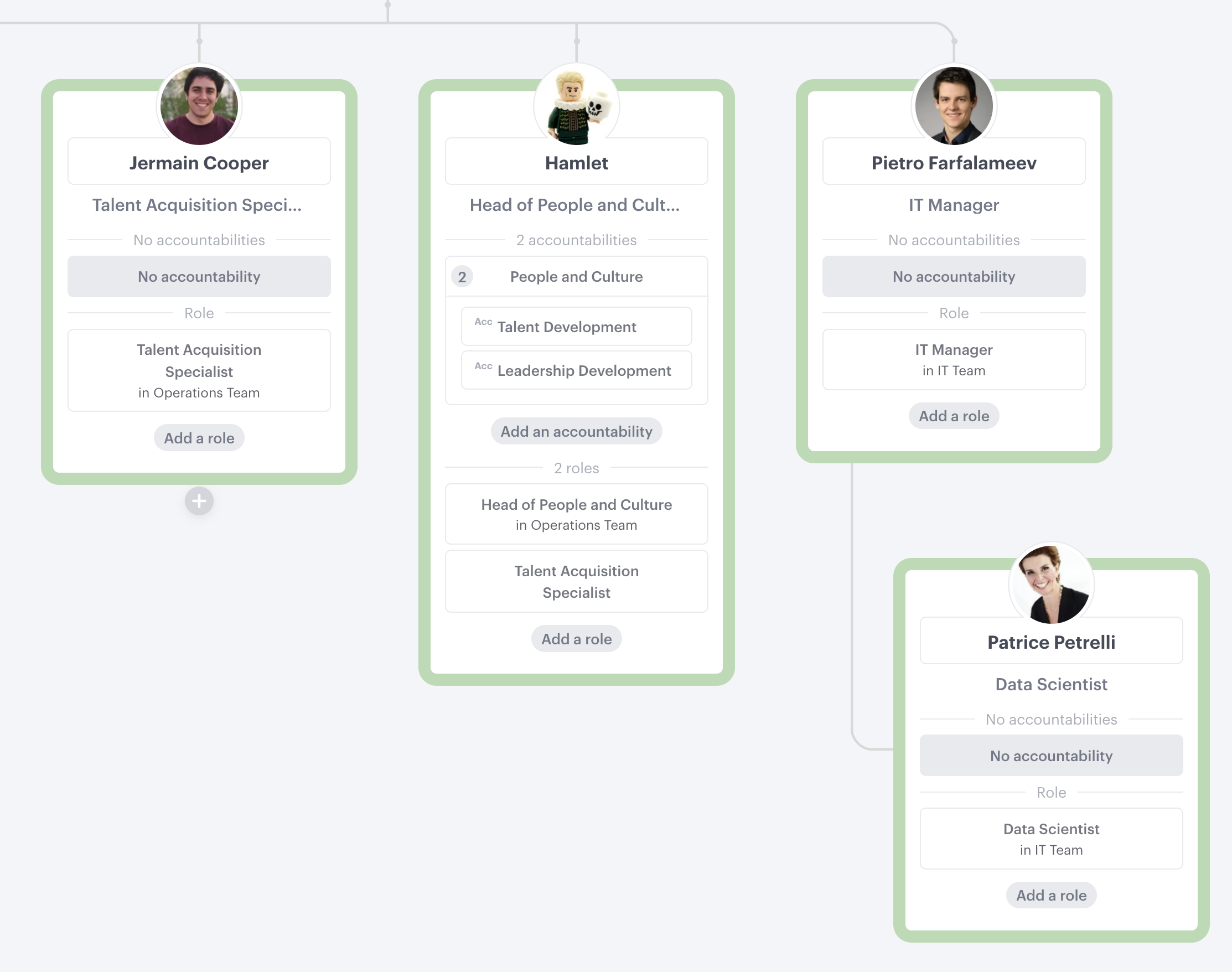 Got questions about positions, roles, accountabilities and responsibilities?