How to use secondary reporting lines

Secondary or dotted line reporting is essential for structures such as matrix and cross-functional ones. Learn how to visualize and utilize this feature. 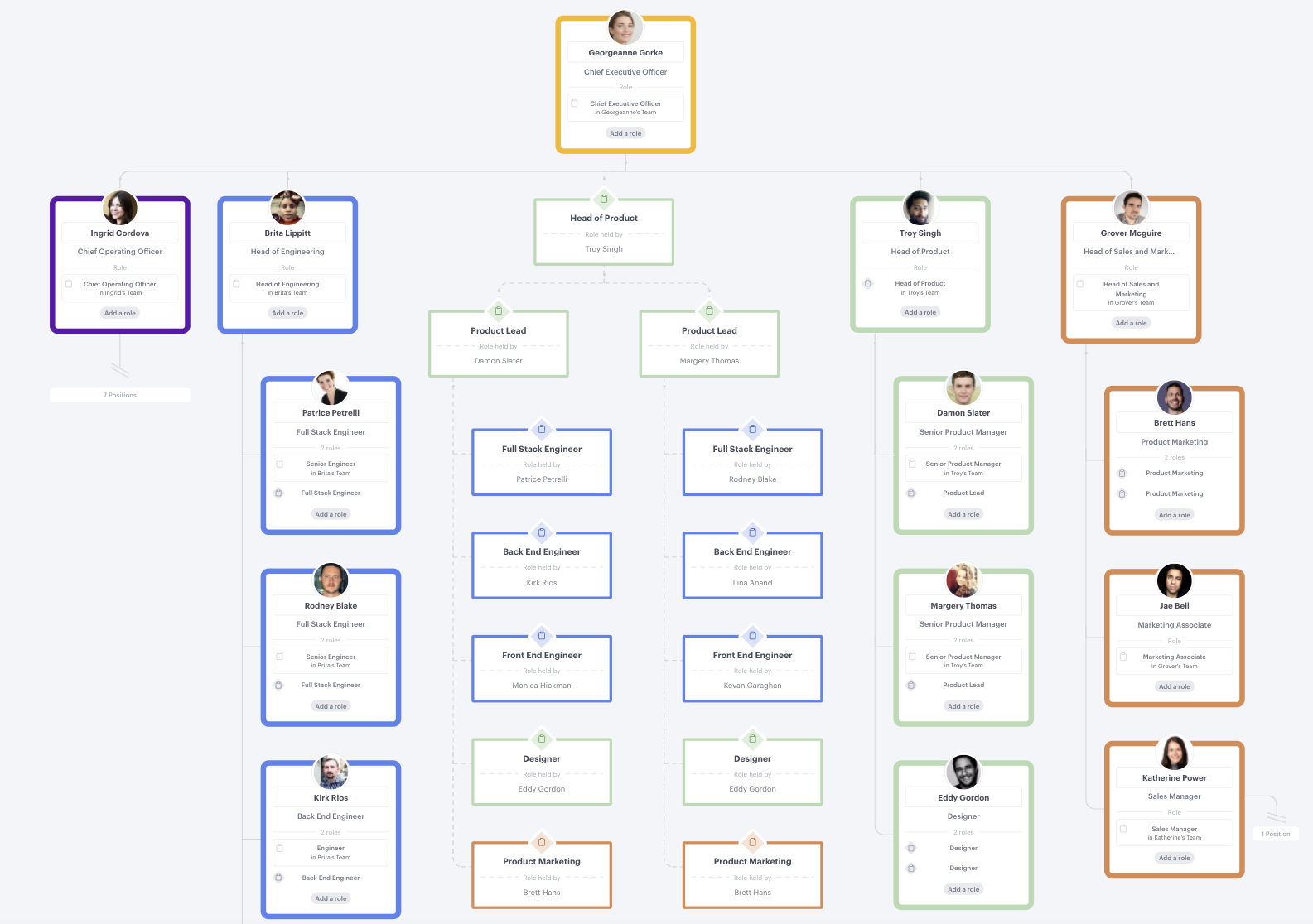 Being able to interpret secondary reporting structures is crucial to understanding the capacity who does what where. Below are some of the aspects of the feature which make it easier to view and understand.

Whether it's referred to as secondary or dotted line reporting within your organization the indicator on an org chart is the same. Anywhere you see a dotted line leading to a person's role it's indicative that the person managing them is not their primary manager when operating in this structure.

Identify who a person's secondary manager is

Anywhere you see a clipboard on someone's position this denotes a role that has been assigned to them. Where the role has a gray diamond around it this indicates that the role is a part of a secondary reporting structure somewhere on the chart.

To see where this role is positioned in its secondary reporting structure you can hover over the clipboard and a line will appear directing you to that role.

Aside from a dotted line, you can also identify a secondary reporting position as it will have a clipboard as an avatar rather than an image or initials.

You can add someone as a secondary, or dotted line report, by dragging and dropping any of their roles below the person that you want them to report to.

There is a one-to-one relationship between roles and secondary reporting lines. This means that if you want to show someone with more than one secondary manager, then you need to add a role for each reporting line.

Create one secondary role reporting to another

When people work in a cross-functional team that has a specific deliverable e.g. they're delivering a banking app, it's likely that the team will be together for a finite amount of time, disbanding once the project is delivered.

To visualize a team of people reporting to a leader's secondary role, simply drag and drop the lead's role from their position to below the person with ultimate accountability and then drag and drop each team member's role below the lead's.

To move any existing secondary role, simply drag and drop it below a position or role anywhere on the org chart.

To remove an entire secondary reporting line that contains multiple roles, remove the leader of that group by clicking the ellipsis next to their role and selecting "Remove from here". Alternatively, if you want to remove that structure and the role from its owner, select "Remove from position". 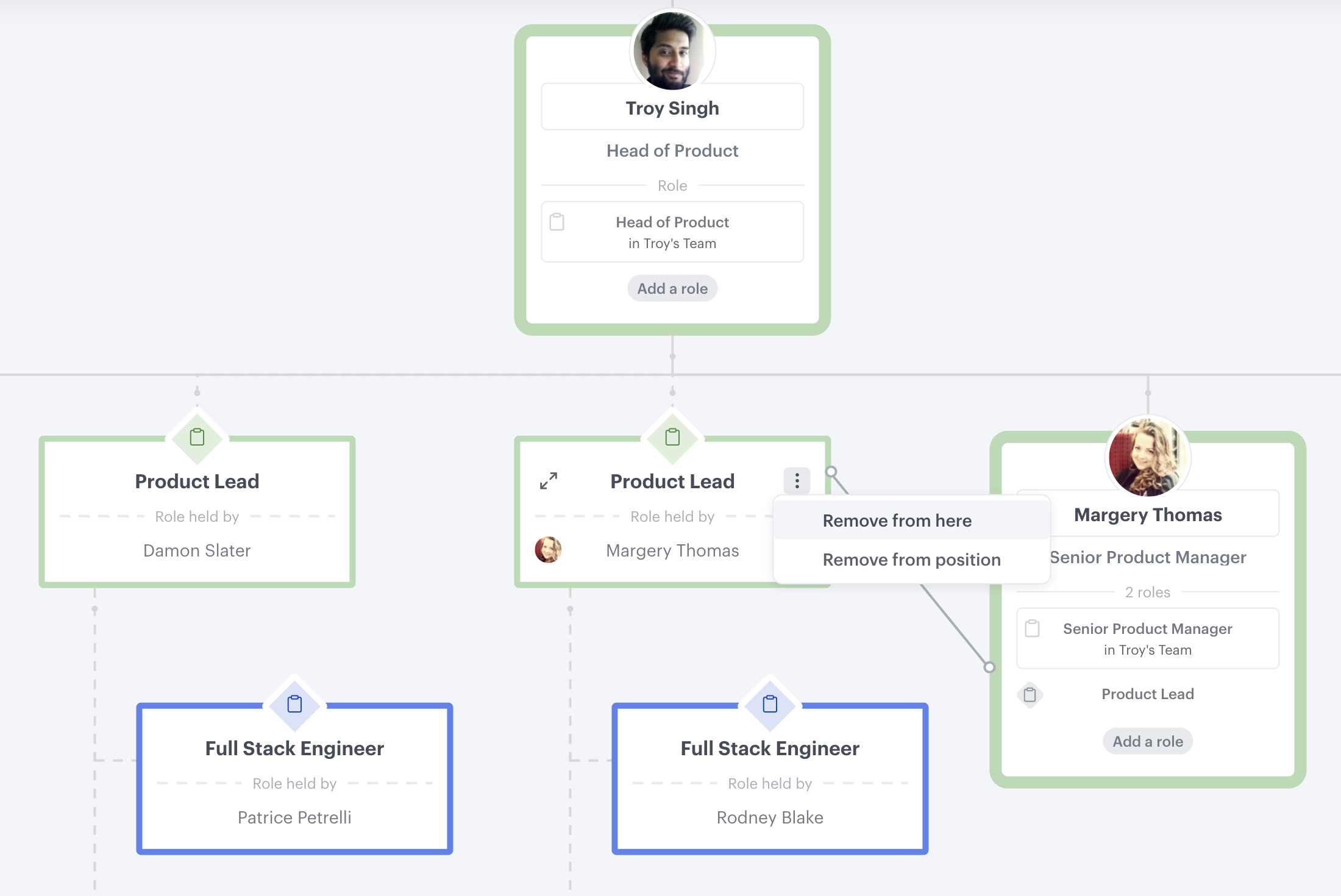 You can also drag their secondary role to the bottom left where "Drop here to remove" will appear once you start dragging the role.

To remove any secondary reporting role from a dotted line structure, click the ellipsis next to the role title and select "Remove from here". Alternatively, you can drag and drop it to the bottom left where "Drop here to remove" will appear once you start dragging the role.

If you would like to narrow the org chart by rotating your secondary reporting structure to show vertically rather than horizontally then, as with primary reporting lines, you can use the internode menu that sits below the lead.

Have you got feedback about this feature?

We'd love to hear from you via our support page or email to support@functionly.com